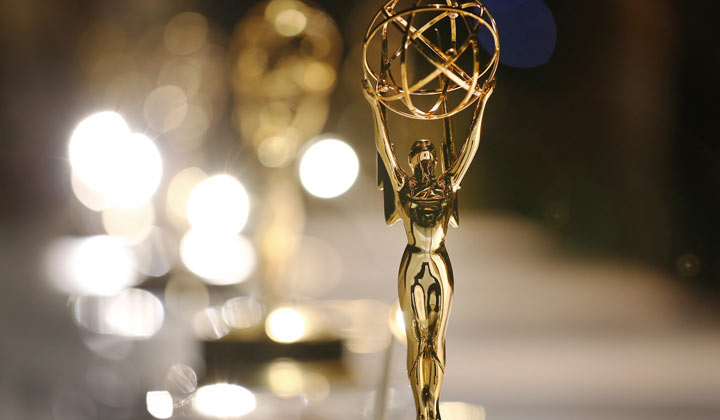 With a cellular phone glued to one ear, Shemar Moore (Malcolm Winters, The Young and the Restless) put accepting his Outstanding Supporting Actor trophy on hold while he tried to reach his mother. Try as he might to reach her, all he manage to contact was her answering machine. Rather than hanging up, Moore left a message that his mother would not soon forget. "Mom," he shouted gleefully. "I won this damned thing!" It seemed a fitting circle of events for Moore, who last year was the one to read Lucci's name as the winner of Outstanding Lead Actress. Lucci, the host of this year's festivities, stood across the stage applauding the actor's win.

General Hospital's Sarah Brown (Carly Benson Quartermaine) picked up her very first Supporting Actress award, though it was not her first Emmy win. Brown was nominated twice before --- in 1997 and 1998 --- for Outstanding Younger Actress. She won both times. Upon taking the stage, the actress let loose a loud shriek to show her jubilance. Her face then fell as she looked around at the folks behind the cameras. "Can I scream? Is that okay?" she asked innocently.

Dominated by The Young and the Restless, the Younger Actor and Actress categories were also graced by new faces. The Tom family now has two family members with golden statuettes. The Young and the Restless' David Tom (Billy Abbott) picked up his first win in his first nomination. Tom's sister, Heather (Victoria Newman), had previously won in the Younger Actress category.

Heather Tom was nominated again this year, but the honor went to young Camryn Grimes (Cassie Johnson). The Young and the Restless star picked up very first win. It was her third nomination. The actress, who is the youngest winner in the category in many years, weeped openly on stage. "I want to thank Bill Bell," said Grimes, thanking Y&R's creator. "I mean Mr. and Mrs. Bell."

Perhaps one of the biggest surprises of the evening came in on of the non-soap categories. Bob Barker of The Price is Right, and Tom Bergeron of Hollywood Squares, tied for Outstanding Game Show Host. The award was widely expected to go to Regis Philbin, host of ABC's Who Wants to Be a Millionaire. Bergeron mused that he'd thought he was only at the ceremony for the free dinner. All was not lost for the show that has made, "Is that Your Final Answer?" a household phrase. Millionaire was named Outstanding Game Show.

More on This Story: Our Emmy coverage continues in Part Three.

Who Won?: See a listing of all the winners and nominees.

More Emmys: View a listing of every Daytime Emmy winner