About the GH News Archives

It's impossible to keep up with all of the twists and turns from the world of soaps. Luckily, Soap Central has archived all the General Hospital news from 2006.

Here are the news stories posted on Soap Central during 2006 that focus on General Hospital or past and present GH performers. To read any of the articles listed below, simply click on the appropriate link. To access articles from other years, click here.

January 2006
Leon Makes Exit, Debut in Same Week
As previously reported by Soap Central, Adrianne Leon (Brook Lynn Ashton) has been released from her contract by ABC. The move allows her to join the cast of the top-rated CBS soap, The Young and the Restless.

January 2006
Willis Done, but Is GH's Courtney Out Too?
With Alicia Leigh Willis (Courtney Matthews) having taped her final General Hospital scenes last month, the countdown to the actress' final appearance is winding down. The fate of her on-screen persona, however, remains very much up in the air.

January 2006
Kari Wuhrer Files Discrimination Lawsuit Against ABC
Actress Kari Wuhrer (ex-Reese Marshall) has filed a lawsuit against American Broadcasting Companies, Inc ("ABC"), accusing the network of having fired her from her role on General Hospital after she revealed that she had become pregnant. The lawsuit also contends that ABC fabricated fan feedback in order to justify its decision to release her from her contract.

January 2006
Emma Samms To Revisit Her GH "Legacy"
ABC is once again turning back the General Hospital clock as another wildly popular character from the 1980s returns to Port Charles next month. Award-winning actress Emma Samms returns to reprise the role of Holly Sutton Scorpio beginning in late-February.

February 2006
Samms' Whirlwind Return to GH is Over
Emma Samms' (Holly Sutton) whirlwind return to General Hospital has concluded. It seems like it's been only a matter of a few days since her first on-screen appearance, but now comes word that the actress has already taped her final scenes for the ABC soap.

March 2006
Grabow to Star in Hallmark Movie
Former General Hospital star Amy Grabow (Rachel Adair) will star opposite Cheryl Ladd in the Hallmark Channel original movie "Though None Go With Me."

March 2006
Ingle Slated to Reprise Role as GH's Edward
Former General Hospital star John Ingle (ex-Edward Quartermaine) will be returning to the show this spring. The casting move will bring the actor back to the ABC after a two-year break in which he starred on the NBC soap Days of our Lives.

March 2006
King Sidelined By Emergency Surgery
General Hospital star Ted King (Lorenzo Alcazar) is recuperating for what is being called "emergency throat surgery." Though the actor was forced to miss a handful of episodes, a show spokesperson reports that King is already back at work.

March 2006
Is Hughes the Next Legacy Character to Return?
Rumors persist that Finola Hughes (Anna Devane) will be returning to General Hospital later this year. The rumors have been compounded by the show's decision to have Tristan Rogers (Robert Scorpio) return later this month.

March 2006
Rademacher Exit Rumors Grow Amid ABC Casting Call
Rumors are once again circulating that Aussie heartthrob Ingo Rademacher (Jasper "Jax" Jacks) is planning a departure from General Hospital. While the news may be hard for General Hospital fans to hear, it will come as no surprise to Soap Central readers: Soap Central first reported on Rademacher's plan to exit the show in September 2004.

April 2006
Hughes Returning to GH In May
The rumors can finally be put to bed: Finola Hughes (Anna Devane) will be returning to General Hospital next month. And her return, while still unconfirmed by ABC, will be part of a wild May Sweeps period that will have three of the show's most popular veterans returning to Port Charles.

April 2006
It's No Deception: Ramirez Joins Y&R's Jabot
Former General Hospital star Marisa Ramirez (ex-Gia Campbell) has joined the cast of CBS' The Young and the Restless. The actress has already taped her first scenes and will start airing next month.

April 2006
Geary Picks up Fourth Daytime Emmy
For many years the Outstanding Lead Actor category has been a veritable who's who of daytime television. This year, discounting vacation time away from their shows or time spent off-contract, the five nominees in the category have tallied a stunning 80 years spent on the soaps. Anthony Geary (Luke Spencer, General Hospital) leads the pack with 28 years, having first joined General Hospital in 1978. He is followed closely behind by Guiding Light's Robert Newman (Joshua Lewis), who surprisingly picked up just his second Daytime Emmy nomination in this, his 25th year with the CBS soap.

May 2006
Pilot Shelved, Christopher Staying on GH
Despite reports to the contrary, Tyler Christopher (Nikolas Cassadine) may not be leaving General Hospital later this year after all. But depending upon how you look at it, this may or may not be good news for the actor - and his fans.

May 2006
Rademacher, ABC Reach Last-Minute Deal
Despite all the buzz to the contrary, Ingo Rademacher (Jasper "Jax" Jacks) and ABC have reached a deal that will extend the Aussie actor's stay on General Hospital.

June 2006
Christopher Extends GH Stay, But...
As reported last month by Soap Central, Tyler Christopher (Nikolas Cassadine) will be sticking around General Hospital. The actor had high hopes that a pilot he had filmed would be picked up for the fall television season. It was not, and Christopher's attention returned to his work on General Hospital.

June 2006
Francis Returning for Luke and Laura's 25th Wedding Anniversary
Though an official announcement from ABC will not be made until tomorrow, Soap Central has learned that Genie Francis (Laura Spencer) will return to General Hospital later this year - just in time to help the show celebrate the 25th anniversary of daytime television's most-watched event: Luke and Laura's wedding. The wedding, which aired in November 1981, was watched by 30 million people.

August 2006
Hogestyn Jumps Ship From GH to B&B
Last year, Ben Hogestyn made a bold decision last year to tackle the role of a gay teen on ABC's General Hospital. Now the actor has made a Bold move: he has inked a contract to appear on CBS's The Bold and the Beautiful.

September 2006
Monaco's GH Future Up in the Air
Rumors continue to spread regarding the future of Kelly Monaco (Samantha McCall) with General Hospital. The actress' contract is set to expire later this year and some fans are concerned that in this age of budget slashing, Monaco may be a casualty of the network's belt tightening.

October 2006
Genie Francis Returns to General Hospital
When Genie Francis (Laura Spencer) returns to television screens across the country this week, fans will get their first glance of the actress in over four years. However, away from General Hospital, Francis has kept busy raising two children and starting a new business.

November 2006
Monaco Headed for Primetime... Eventually
For several weeks now, fans of Kelly Monaco (Samantha McCall) have been waiting to find out if the actress would renew her contract with General Hospital or dance away with the hopes of striking gold in primetime. Now, Soap Central can report that there is good news - and bad news.

December 2006
Kin Shriner Returning to GH in 2006
General Hospital appears poised to continue bringing back its beloved veteran performers well into the New Year. Hot on the heels of returns by Genie Francis, Rick Springfield and Finola Hughes comes confirmation that Kin Shriner (Scott Baldwin) will return to the show just in time for the February Sweeps.

December 2006
Heartbreaker: Stuart Damon's 30-Year GH Run Ends
After 30 years with General Hospital, Stuart Damon (Alan Quartermaine) will be exiting the show in early 2007. With the stunning news that the actor is out comes the prerequisite gossip and off-the-wall tales of how and why the actor was let go. Yes, the award-winning actor was fired.
Related Information

THE BOLD AND THE BEAUTIFUL
GH TWO SCOOPS: Read the latest GH commentary 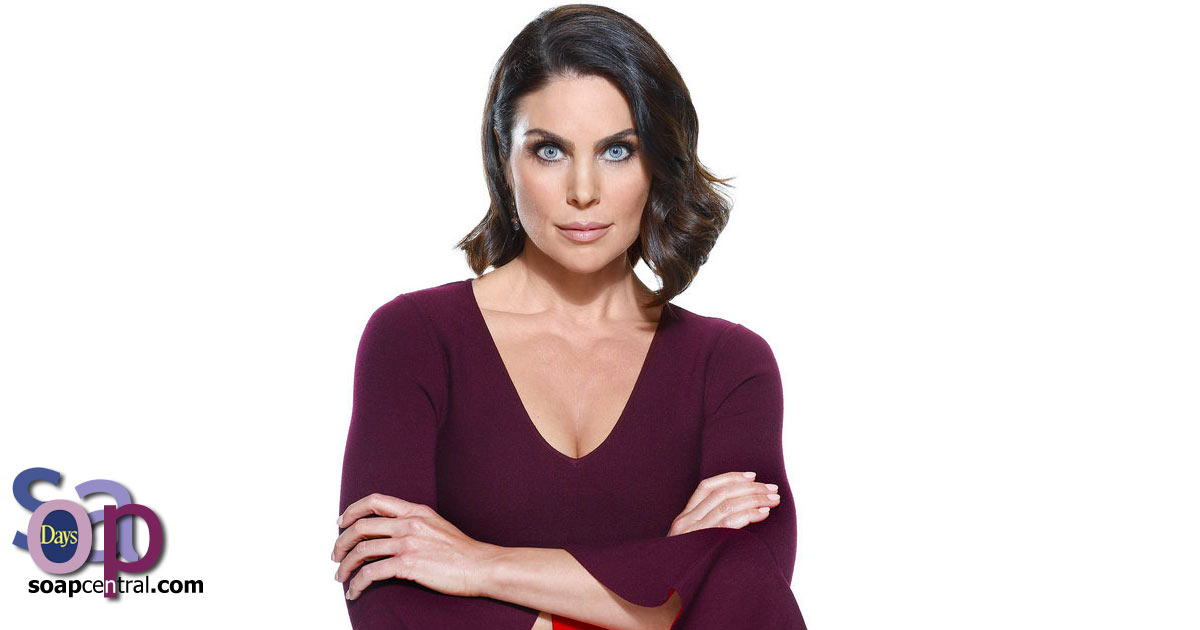 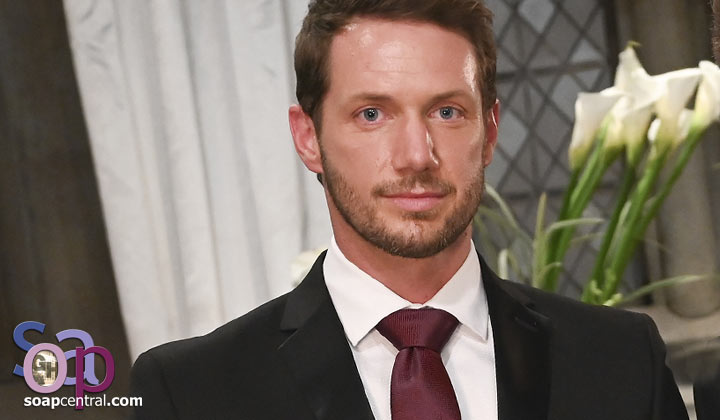 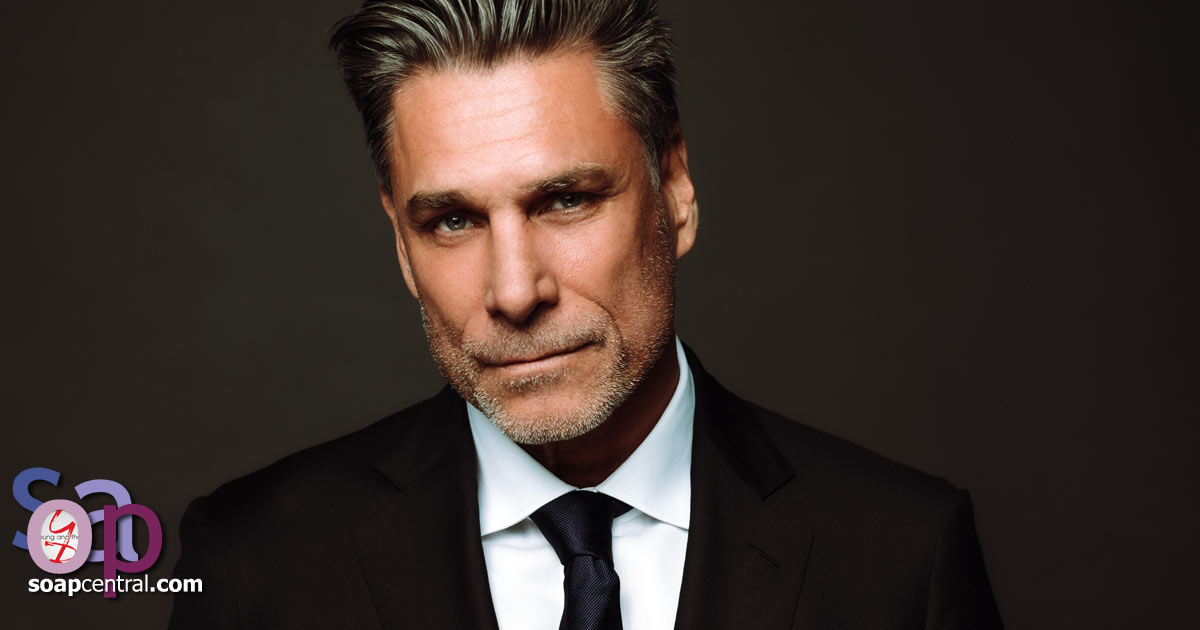 THE YOUNG AND THE RESTLESS
GH TWO SCOOPS: Read the latest GH commentary

THE YOUNG AND THE RESTLESS
The Young and the Restless nears 50th season milestone
September 2, 2022
© 1995-2022 Soap Central, LLC. Home | Contact Us | Advertising Information | Privacy Policy | Terms of Use | Top
SECTIONS
Soap Central
Daily Recaps
The Scoop/Previews
Two Scoops Commentary
Message Boards
Daily Recaps
Cast and Credits
Who's Who Character Profiles
Daytime Emmys
SHOWS
All My Children
Another World
As the World Turns
The Bold and the Beautiful
Days of our Lives
General Hospital
Guiding Light
One Life to Live
Passions
Port Charles
Sunset Beach
The Young and the Restless
ABOUT
About Soap Central
Contact Us
Feedback
FOLLOW US
Facebook
Twitter
YouTube
Instagram
Pinterest