Fantasy Island renewed for season two, thanks in part to "charming Kiara Barnes" 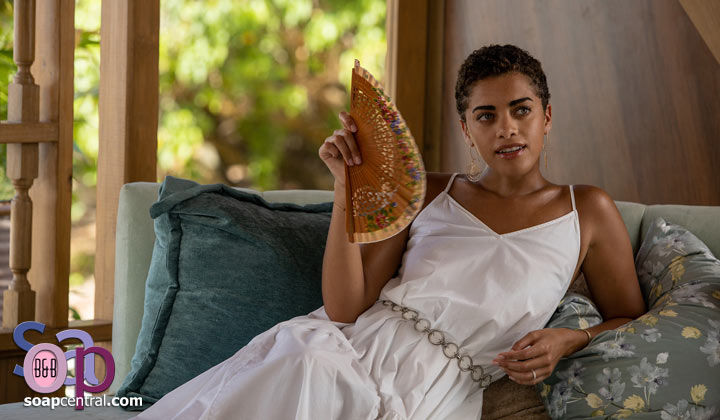 Fox has decided to move forward on a second season of its Fantasy Island reboot that stars Roselyn Sanchez and The Bold and the Beautiful alum Kiara Barnes (ex-Zoe Buckingham). The drama will also get a two-hour holiday special.

Fox is thrilled with the performance of its Fantasy Island reboot. So much so, the network has decided to give the drama a second season, as well as a special shout-out to series star Kiara Barnes (ex-Zoe Buckingham, The Bold and the Beautiful).

In his announcement that Fantasy Island is moving ahead with season two, Michael Thorn, president of entertainment for Fox Entertainment, said that Barnes, who plays the warm and wise Ruby Akuda, and her co-star, Roselyn Sanchez, who plays the lead role of Elena Roarke, were to thank for the series becoming a smashing success.

"Thanks to the fantastic Roselyn Sanchez and charming Kiara Barnes and the captivating stories that tapped into the core tenets of emotion and aspiration, Fantasy Island was the perfect wish fulfillment and escape we all needed this summer," Thorn stated. "Liz Craft, Sarah Fain, and everyone at Sony and Gemstone did an excellent job on this series and, like all good things, it left us wanting more. We're so happy to have Elena Roarke, Ruby Akuda, and everyone on Fantasy Island open their world again for a brief visit this winter and for a longer stay next year."

As Soap Central previously reported, Fox's Fantasy Island is a modern reimagining of the original 1970s series that takes place at a luxury resort, where any fantasy requested by guests is fulfilled. Season two will see the return of Roselyn Sanchez as Elena Roarke, a descendant of the iconic Mr. Roarke (Ricardo Montalbán), who set aside her own ambitions and the love of her life to uphold her family's legacy. Kiara Barnes will also return in the role of Ruby Akuda, a young woman with an old soul who arrived on Fantasy Island with a terminal illness and was given a new lease on life as Roarke's right hand.

Before season two of Fantasy Island debuts next year, fans can look forward to a two-hour holiday special that will air on Tuesday, December 21. The episode will follow a businesswoman (guest star Lindsay Craft) whose fantasy of a perfect Christmas and meeting "Mr. Right" (guest star Eddie Cahill) tests Roarke in unexpected ways. Meanwhile, Mr. Jones (guest star Mackenzie Astin) faces his past, while a new Secret Santa tradition has Ruby and Javier (John Gabriel Rodriquez) looking to the future.

Barnes played the role of B&B's Zoe from 2018 to 2021. Prior to landing her soap role, the actress lived in New York City and modeled for major companies like DKNY, Maybelline, Sephora, Nike, and Adidas. She's also a budding musician, having released her first EP, Sirens to the Moon, on iTunes and Spotify in 2018.

What do you think about Fox granting Fantasy Island a season two and a two-hour holiday special? We want to hear from you -- and there are many ways you can share your thoughts.

THE YOUNG AND THE RESTLESS
Y&R star Camryn Grimes shares that she is engaged
SEEING STARS: B&B ACTORS IN PRIMETIME, FILM, AND OTHER NON-DAYTIME PROJECTS

THE BOLD AND THE BEAUTIFUL
Bonnie Hunt casts The Bold and the Beautiful's Darin Brooks in her new series, Amber Brown

THE BOLD AND THE BEAUTIFUL
Jacob Young, Guy Wilson, and Andrew Trischitta to star in police drama Bloodbath

THE BOLD AND THE BEAUTIFUL
Candy Coated Christmas to star The Bold and the Beautiful's John McCook, Food Network chef Ree Drummond 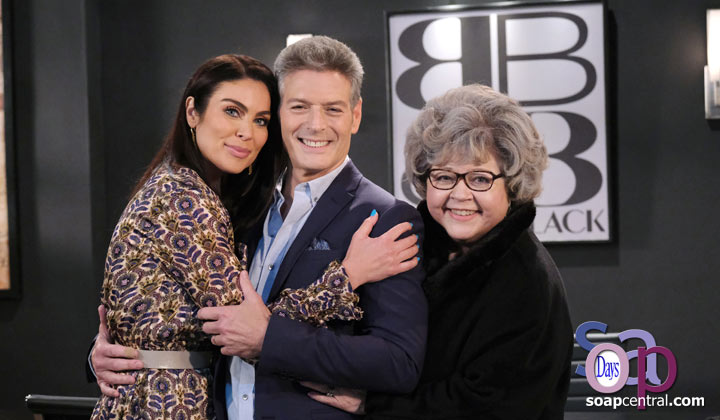