Opinions, critiques, and commentary about Days of our Lives 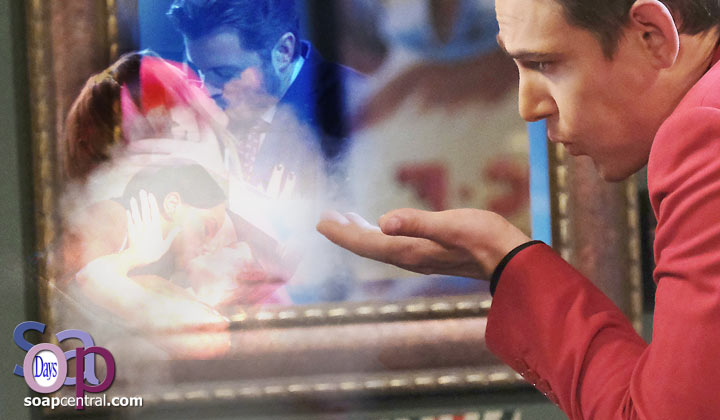 When it comes to what's happening on Days of our Lives, everyone has an opinion -- and our Two Scoops columnists are no different. Every week, our commentators share their thoughts on everything that's taking place in Salem... the good, the bad, and everything in between.

If you're looking to be a little nostalgic, we've archived our Two Scoops columns from 2004 through the current week. Now, you can easily flip back through the pages of history to see how storylines were received when they first played out. Has time softened a rocky reception?

January 17, 2022
Kisses of fire burning, burning
Horton and Dupree and the devil makes three! While Paulina wanted to tell Johnny to kiss her hourglass, Chanel and Allie ended up doing a bit more than kissing. Simply a kiss was a shocker for Abigail and Chad as E.J. planted one on his brother's wife! Lucas is another Horton with a hot secret, and Ava's on fire with her plans to avenge. Plus, Nancy Wesley waltzed into town with a shocking declaration that Craig might be kissing (and then some) someone else! Let's pucker up in this week's heated DAYS Two Scoops!

January 10, 2022
Something wicked this way stays
Is Salem really ready to ring in the new year, or are they still harboring demons from last year? If so, what will save Johnny from the devil? And is it possible for Sami and Lucas to have a fresh start? Let's discuss it all in this week's Two Scoop.

January 3, 2022
2022: A New Hope
It's time to happy dance into 2022 with Two Scoopers Laurisa and Tony as they team up to dream big! Will their hopes for the new year come true? Will Chelsea return!? Will Paulina make another power play!? Is Salem ready for a new Hope!? As Dusty Springfield sang, let's get to "wishin' and hopin' and thinkin' and prayin'" in this week's fingers-crossed DAYS Two Scoops!
PAST DAYS TWO SCOOPS COLUMNS
2004

ONE YEAR AGO THIS WEEK

January 25, 2021
Do you need a hug?
Do Charlie and Gwen deserve any sympathy? Can we have two identical storylines play out at the same time? And is Xander getting closer to being the Salem PD's most helpful citizen? Let's talk about it all in this edition of Two Scoops!
TWO YEARS AGO THIS WEEK

January 20, 2020
Who will save your soul?
Secrets and lies seem to be coming to an explosive head, but where will that leave our favorite Salemites? Will Rafe, Kayla, Julie, and Abe help Hope? Can Ciara save Will from life in the slammer? Is there a miracle in store for Baby Mickey? And will Hattie ever get matching ''Team Awesome!'' T-shirts for her, Roman, and Kate? Let's get some answers in this week's DAYS Two Scoops!
THREE YEARS AGO THIS WEEK

January 21, 2019
Nothing breaks like a heart
Someone bring a broom to Salem to sweep up all the broken heart pieces! Rex crushed Sarah. Things aren't right with Rope. Chad and Abigail are miserable apart. So are Will and Sonny. Jennifer's taking two steps forward and two back with Jack. Kayla's miserable without Steve. Yep. Bring a broom, some tissues, ice cream, wine, and an Alanis Morissette playlist as we whine about the brokenhearted in this week's DAYS Two Scoops!
FOUR YEARS AGO THIS WEEK

January 22, 2018
Precious illusions
Someone is certain Andre should be dead! Lani believes she's doing what's best for J.J. Jennifer is sure Eric's no longer that into her. And Stefan trusts that he's not a sleazebag. Let's travel down de'nial in this week's DAYS Two Scoops!
FIVE YEARS AGO THIS WEEK

January 23, 2017
Do you have to, do you have to, do have to let it linger?
Chloe told the truth! Almost. The Prague Pack got Stefano! Well, almost. Deimos paid for his dirty deeds. Um, almost again. Is DAYS dragging its feet until February Sweeps, or am I horrible with anticipation? Plus, let's welcome back Eric Brady in this week's DAYS Two Scoops!
TWO SCOOPS COLUMNS FOR OTHER SOAPS

DAYS OF OUR LIVES
The Alex North Memorial Awards: Worst of DAYS 2021
TRENDING ON SOAP CENTRAL 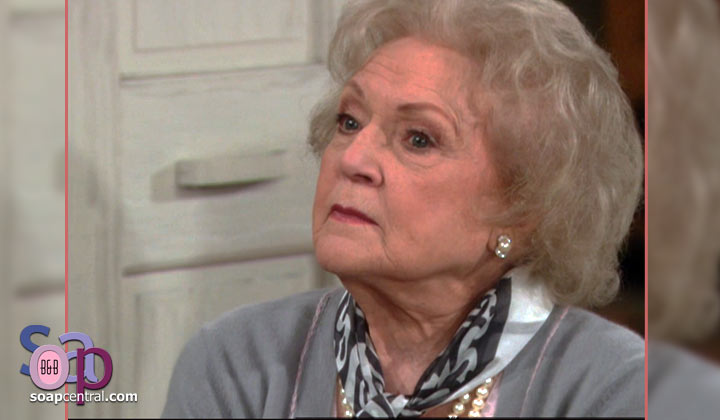