The Bold and the Beautiful, The Young and the Restless star Adrienne Frantz recalls horrendous work environment at Sunset Beach 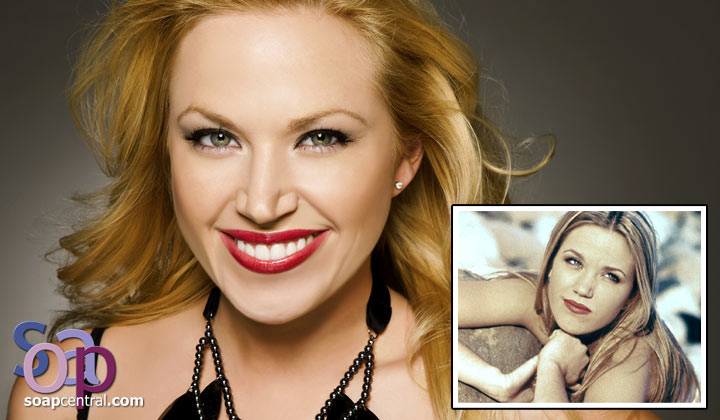 Daytime alum Adrienne Frantz (ex-Amber Moore, The Bold and the Beautiful/The Young and the Restless) opens up about some unpleasant behind-the-scenes drama she experienced early in her career.

Adrienne Frantz charmed viewers of The Bold and the Beautiful as soon as she stepped into the role of Amber Moore back in 1997, but she actually began her career in daytime on another well-known soap opera, Sunset Beach. Unfortunately, it wasn't a good experience.

In a new interview with Soap Opera Digest, Frantz recalls that her 1997 gig as Tiffany Thorne on the Aaron Spelling-produced soap was "a nightmare."

"It was amazing that I got the job and I was so excited," she shares of her initial feelings about being part of the NBC soap opera. "It was supposed to be Aaron Spelling's next huge show. I loved the cast but it became not such a happy place for me."

Frantz explains that Spelling tried to exert influence over her personal life, which was an incredibly uncomfortable experience.

"At one point, I was dating Brian Austin Green [who played David on Spelling's show, Beverly Hills, 90210] and apparently Aaron didn't want us dating," Frantz recalls. "Brian and I were in a limo with [Spelling's kids] Randy [ex-Sean Richards, Sunset Beach] and Tori [ex-Donna Martin, Beverly Hills, 90210] and we were going to an awards show. I was super-nervous about walking the red carpet and then Aaron called Brian and said we weren't allowed to walk the red carpet together. Randy walked with me. It just was a nightmare situation for me."

Frantz's run on Sunset Beach ended not long after, and she was fortunate to have B&B scoop her up as Amber just a couple of weeks later.

"At one point in time, [B&B co-creator] Bill Bell told me he knew what happened [with Spelling]," Frantz shares, "And that's one of the reasons he wanted me for his show."

The actress is married to Scott Bailey (ex-Sandy Foster, Guiding Light), with whom she is currently expecting her third child, due in early March. Frantz and Bailey appeared together in the 2019 horror film The Thing That Keeps You, the 2015 Lifetime film The Perfect Girlfriend, and the 2021 Peacock miniseries Days of our Lives: Beyond Salem.

How do you feel about Adrienne Frantz's unpleasant memories from her time at Sunset Beach? What do you remember about Tiffany Thorne and her run on the NBC soap opera? We want to hear from you -- and there are many ways you can share your thoughts.