INTERVIEW: The Bold and the Beautiful's Naomi Matsuda reacts to her Emmy nomination 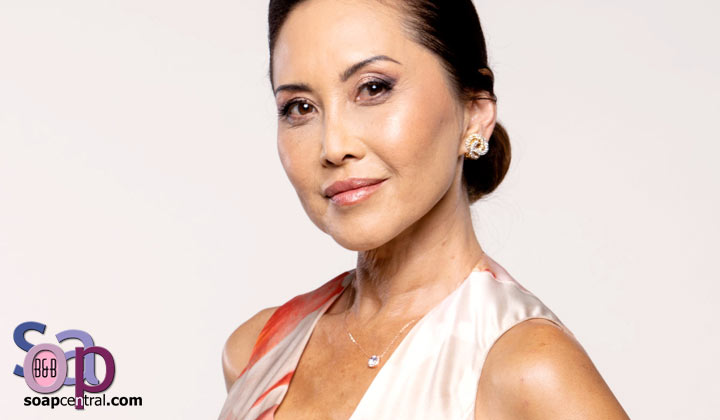 Actress Naomi Matsuda really had her work cut out for her when she joined the cast of The Bold and the Beautiful as Finn's (Tanner Novlan) adoptive mother, Li Finnegan, last year. Without a speck of soap opera experience, she was thrown into an incredibly dramatic storyline in which Li found out that the son she thought she and her husband, Jack (Ted King), had adopted was actually Jack's biological child -- and not only that, but also that the child was the product of an affair between Jack and super schemer Sheila (Kimberlin Brown)!

To top it all off, the storyline had the daytime newcomer working with some of the most talented performers in the genre, which can be a very intimidating experience. But the actress held her own, and her hard work has been recognized with an Emmy nomination in the Outstanding Guest Performer category.

Soap Central: Congratulations to you for your Emmy nomination!

Naomi Matsuda: Thank you so much! Thank you, thank you.

Soap Central: How does it feel to be honored in this way?

Matsuda: I'm still kind of in shock right now! I'm smiling, stuttering, crying, and laughing! I'm really just so appreciative of being honored, of being nominated. It's a good feeling.

Soap Central: How did you find out that you'd been nominated?

Matsuda: Brad [Bell, our executive producer and head writer] gave me a call to let me know, which, again, I was just so, so, so happy. I feel so privileged, and I just don't have any other words, except that I'm just so grateful. And him calling me, too, was really something else for me.

Soap Central: I know it's early in the process and you've been busy with all of these phone calls, but have you had the chance to share your nomination news with any friends or family members?

Matsuda: Yes, a couple of my friends who happened to be here. We all got together and heard the great news, and we're all just so happy. I've also exchanged some text messages with some of [the B&B stars], just all congratulating each other on our nominations. But I'm kind of in shock still.

Soap Central: Totally understandable! The fans would love to know, which scenes did you end up submitting for your Emmy reel?

Matsuda: The scene where I find out that I had been betrayed all these years, that my husband on the show, Ted King, had been lying to me for all these years about our son, who turned out to be his biological son who I thought we had adopted together, and finding out that he was the love child of my husband when he had the affair.

Soap Central: Do you remember anything about filming those scenes or how you got in the mood to play those very important, game-changing moments?

Matsuda: I was very nervous in the beginning, I remember, just because they were big, emotional scenes. I remember that I prepared for that day of shooting, and Ted King, who is such a wonderful actor, he was willing to rehearse it; he was so generous and so wonderful, and that made it easier. Even though they were such heightened, emotional scenes, he is such a generous actor, which made it feel easier for me to go ahead and get to where I needed to get. It wasn't just me -- it was him helping me get to this emotional state for the scenes.

Soap Central: Ted King is also nominated in the same category, so how does it feel to share this honor with him?

Matsuda: I am over the moon because he's so incredible and he's such an incredible actor. He's a veteran of soaps, so when I came on, he literally just took me under his wing and was like, "This is how it is, Naomi. Just go ahead and do it, and be fast!" And he rehearsed with me and basically gave me the scoop of how to do soap operas and how they move on set and everything. I'm so grateful for his guidance.

Soap Central: How do you feel about the Daytime Emmy ceremony returning as an in-person event after the last two years being strictly digital?

Matsuda: Oh, wow, yeah! Oh, my gosh, you know you dream about this stuff, you know? I've had dreams and imaginations of what I would love, and you think about it so many times, and now that it's here and happening, I've just kind of gone blank! [Laughs] But I'm really excited, and yes! I'm saying yes to it all and being open and allowing all of the blessings that are supposed to be for me. I'm very excited and happy.

Soap Central: How early do you think you'll start planning what you're going to wear for the ceremony?

Matsuda: Wow, I have no idea! [Laughs] I do not know. I guess I have to get on that! I'm sure it will come to me. Everything will come to me the way it's supposed to, but I will do my part in starting to look, too!

Soap Central: Have you made any plans to celebrate your nomination either tonight or this weekend?

Matsuda: I don't know about tonight, but maybe this weekend, I'm sure! But I really don't have any plans at the moment -- everything is just happening so fast! I'm just happy, happy, joy, joy, at the moment. So, one step at a time!

How do you feel about Naomi Matsuda being nominated for a Daytime Emmy award? What did you think of her work as B&B's Li? Do you think she will take home the gold in the Outstanding Guest Performer category? We want to hear from you -- and there are many ways you can share your thoughts. 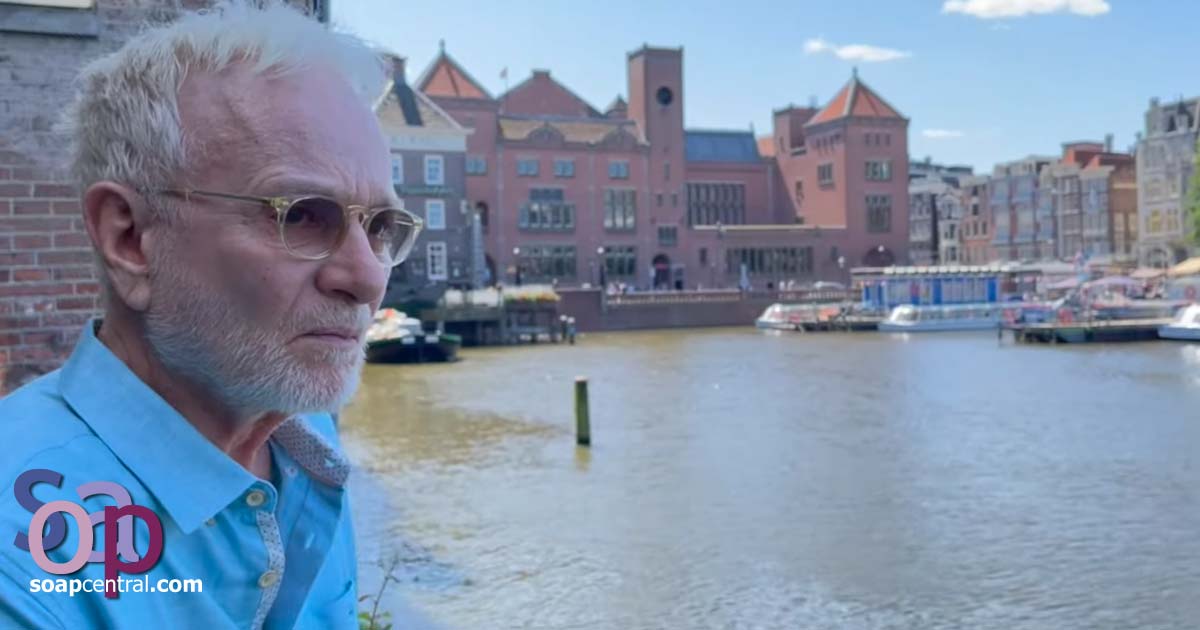 GENERAL HOSPITAL
SNEAK PEEK AT GH NEXT WEEK! Victor eavesdrops, and Drew has an offer for Nina

GENERAL HOSPITAL
THIS WEEK ON GH: Willow learned she was pregnant, and Carly realized she might not be able to buy back her half of the Metro Court

GENERAL HOSPITAL
TWO SCOOPS: General Hospital: The Best and Worst of 2022 (so far)

THE YOUNG AND THE RESTLESS
SNEAK PEEK AT Y&R NEXT WEEK! Sally contemplates her future with Adam (and whether there will be one)

THE YOUNG AND THE RESTLESS
THIS WEEK ON Y&R: Victoria outsmarted Ashland and walked out on him, Tessa received a troubling diagnosis, and Chloe and Chelsea sparred

DAYTIME EMMYS
INTERVIEW: The Young and the Restless' Cait Fairbanks on her Emmy nod, soap weddings, and competing with Beyoncé
May 27, 2022
© 1995-2022 Soap Central, LLC. Home | Contact Us | Advertising Information | Privacy Policy | Terms of Use | Top
SECTIONS
Soap Central
Daily Recaps
The Scoop/Previews
Two Scoops Commentary
Message Boards
Daily Recaps
Cast and Credits
Who's Who Character Profiles
Daytime Emmys
SHOWS
All My Children
Another World
As the World Turns
The Bold and the Beautiful
Days of our Lives
General Hospital
Guiding Light
One Life to Live
Passions
Port Charles
Sunset Beach
The Young and the Restless
ABOUT
About Soap Central
Contact Us
Feedback
FOLLOW US
Facebook
Twitter
YouTube
Instagram
Pinterest