On screen, Sarah Brown (Carly Corinthos) and Maurice Benard (Sonny Corinthos) share a fiery, passionate relationship. In this year's Dankies, that passion took a back seat as the two performers battled against each other in several key awards categories.

Maurice Benard coasted to the biggest win by any performer in any category within this year's GH Online Awards. In fact, his win margin was also the largest margin in any of the ten Soap Central sections holding Dankies this year. Benard scored 81% of the vote in the Outstanding Leading Actor field. His nearest competitor, Anthony Geary (Luke Spencer) finished some 73-percentage points behind.

Brown's win in the Outstanding Leading Actress category was closer, but she still managed an easy win. Nancy Lee Grahn (Alexis Davis) placed second with 30% of the votes. Also in the running was Genie Francis (Laura Spencer) and Jacklyn Zeman (Bobbie Spencer Jones).

Marisa Ramirez (Gia Campbell) drew three total nominations, but fell short on each. However, she faired remarkably well in the Outstanding Newcomer and Outstanding Younger Performer categories, considering that she's been with the show a much shorter time than some of her fellow nominees.

Young's loss made him perhaps the unluckiest nominee of this year's Dankies. Young had earned five nominations, but he failed to win even one award. Young did manage a remarkable feat in defeat. In Young's four nominations outside of the Outstanding Overall Performer arena, he earned no less than 11% of the vote in each category.

Speaking of 11%, that was the margin separating first from fourth in the Most Attractive Female Performer category. Sarah Brown squeaked out a three-percentage point victory of Rebecca Herbst. Herbst edged out Tava Smiley (Chloe Morgan) for second place by two points. Kristina Wagner (Felicia Jones) placed fourth in the field with nearly one-fifth of the total vote. The margin of victory separating first and fourth place was less than one hundred votes.

There was a surprise of near-epic proportions in the Favorite Character category. Frontrunners Carly Corinthos and Sonny Corinthos were expected to battle each other for the title of most liked General Hospital character. In the end, the pair had cancelled each other out and Alexis Davis earned the title. Alexis earned 32% of the total vote to Sonny's 29% and Carly's 27%. On the flip side, Juan Santiago earned the dubious distinction of the Least Favorite Character. Juan and his portrayer, Michael Saucedo, were written out of the show last week.

Fans of Kin Shriner (Scott Baldwin) will no doubt be pleased when the actor makes a full-time return to General Hospital next month. The actor was honored for the Best Recurring Role or Special Guest. Shriner topped Linda Dano (Rae Cummings) and Kimberly McCullough (Robin Scorpio) for the honor.

Steve Burton (Jason Morgan) was named Most Missed Performer even though the actor had returned to active duty on General Hospital during the course of voting. To clarify this somewhat odd occurrence, at the time of the nomination, any performer who had vacated their role on General Hospital within the previous twelve months was eligible for a nomination. The fact that Burton returned to the show after the nominations were made did not disqualify him from the field.

GH viewers were not at all pleased by Luke and Felicia's romance, as the pair grabbed the less-than-desirable Least Favorite Storyline and Worst Moment trophies. The moment in which Luke and Felicia made love was named the worst moment of the year.

THE BOLD AND THE BEAUTIFUL
The Bold and the Beautiful's Sean Kanan set to release new book and host launch event in Los Angeles
November 23, 2022

THE BOLD AND THE BEAUTIFUL
B&B SPOILER ALERT! Steffy vows that Thomas will suffer consequences for his manipulative ways

THE BOLD AND THE BEAUTIFUL
B&B THURSDAY RECAP: Brooke got frank with Ridge about the future (Thursday, December 1, 2022)

THE BOLD AND THE BEAUTIFUL
Big Brother's Taylor Hale, Joseph Abdin, and Monte Taylor to appear on The Bold and the Beautiful
October 6, 2022
DAYS OF OUR LIVES

DAYS OF OUR LIVES
DAYS SPOILER ALERT! John and Marlena are suspicious of Kristen

DAYS OF OUR LIVES
Peter Reckell, Kristian Alfonso, and Victoria Konefal returning to Days of our Livess
November 12, 2022

DAYS OF OUR LIVES
Make room for Kristen! The DiMera bad girl moves in with Brady Black
October 25, 2022

DAYS OF OUR LIVES
Tanner Stine talks taking on the role of Days of our Lives' Joey Johnson
October 17, 2022

DAYS OF OUR LIVES
Days of our Lives' Lucas Adams and actress Shelby Wulfert have tied the knot!
October 16, 2022
GENERAL HOSPITAL 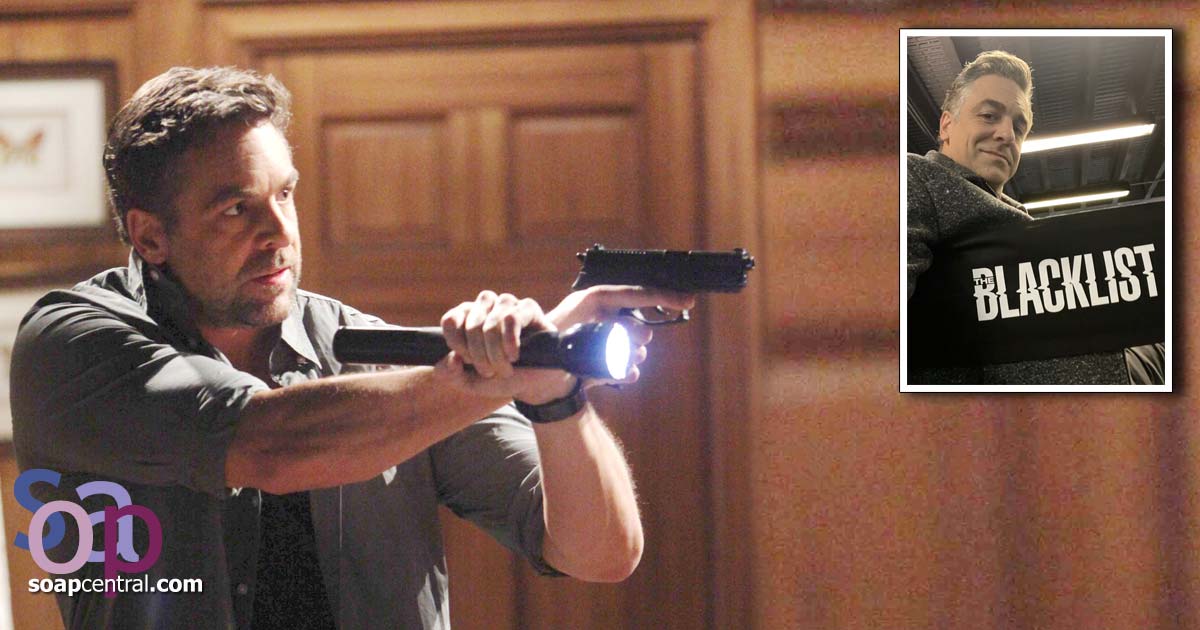 THE YOUNG AND THE RESTLESS
Y&R's Michael Damian releases new holiday song, "Must Be Christmas"
November 27, 2022

THE YOUNG AND THE RESTLESS
Y&R SPOILER ALERT! Nick receives a warning from Victor

THE YOUNG AND THE RESTLESS
Y&R INTERVIEW: Susan Walters dishes on Diane Jenkins' reformation and possible romance with Jack
November 20, 2022

THE YOUNG AND THE RESTLESS
Kate Linder's OpportuniTea postponed until spring 2023
November 10, 2022