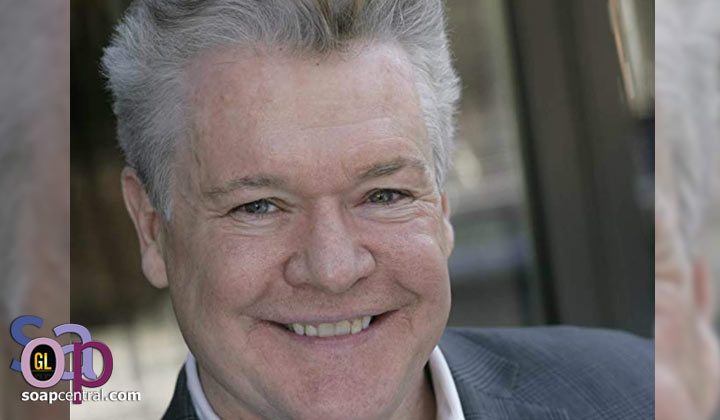 Find out why Guiding Light alum Michael O'Leary (Dr. Rick Bauer) has been hitting the gym this spring for some super strength training.

It's been a long time since daytime fans saw Michael O'Leary (Dr. Rick Bauer, Guiding Light) on a soap opera, but that doesn't mean that the actor hasn't been doing anything. In fact, far from it!

Not only does O'Leary recur as Father Hogan on NBC's Law & Order: Organized Crime, but he also recently landed a part in the film Halloween Ends, the next and final installment of director David Gordon Green's reboot trilogy of the John Carpenter horror franchise. Plus, as he shared over Easter weekend, he's working on another film, as well!

"Hi friends! 'Father Hogan' here. Got a confession. I've not been in church much. I've taken a sabbatical to train for a role in a new movie!" O'Leary tweeted, along with a photo of himself looking super fit and buff at the gym.

Hi friends! 'Father Hogan' here. Got a confession. I've not been in church much. I've taken a sabbatical to train for a role in a new movie! Announcement soon! I'll come back to marry Oliva & Elliot! Happy Easter & Passover!#orgainizedcrime #michaeloleary #LawAndOrder pic.twitter.com/uvaxhc2rwv

RELATED: Primetime and Daytime Emmys realign; shows will now compete based on genre rather than airtime

O'Leary doesn't reveal any details about the film that has him hitting the gym, but he promises to share an official announcement soon -- which Soap Central will report whenever he shares it! Until then, the actor teases that he'll be returning to Law & Order to "marry Oliva & Elliot," and he wishes his fans a happy Easter and Passover.

Michael O'Leary played the role of Guiding Light's iconic Dr. Rick Bauer from 1983 until the soap's cancellation in 2009. In addition to Law and Order: Organized Crime, his more recent credits include FBI, Steamboat, The Bay, and New Amsterdam.

What do you think about Michael O'Leary heading to the gym to train for a film role? What kind of film do you hope to see the actor star in? We want to hear from you -- and there are many ways you can share your thoughts.

THE YOUNG AND THE RESTLESS
Jordi Vilasuso proud to close his Y&R chapter with an Emmy nomination
May 9, 2022

THE YOUNG AND THE RESTLESS
Y&R's Jordi Vilasuso wraps his time as Rey Rosales
March 30, 2022