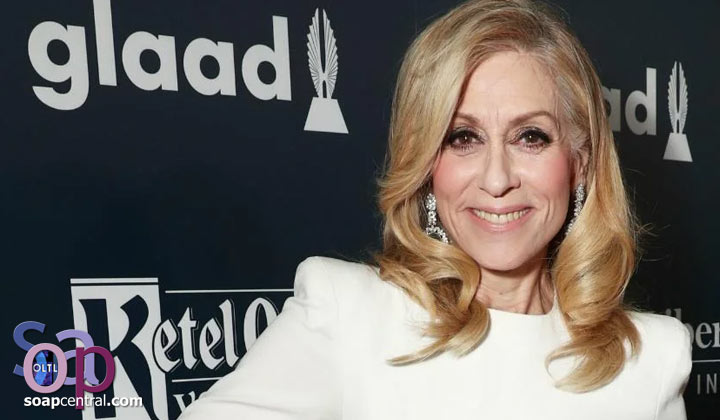 One Life to Live alum Judith Light (Karen Wolek) is set to receive a very special honor at the 33rd annual GLAAD Awards, two years after the news was first announced.

Emmy and Tony winner Judith Light (Karen Wolek, One Life to Live) will be honored with the Excellence in Media Award at the 33rd annual GLAAD Media Awards in New York next month. The actress had been set to receive the honor at the 2020 GLAAD Media Awards, but the COVID-19 pandemic pushed the event into going virtual, and the honor was postponed.

"Judith Light stood up for and with LGBTQ people when others in media and entertainment refused to speak up, and she has never left our side," said GLAAD President and CEO Sarah Kate Ellis when Light was scheduled to receive the award in 2020. "When the GLAAD Media Awards first started and was a small event with little visibility, she was one of the few entertainers who would join us in calling for LGBTQ representation, so it is only fitting to now honor her advocacy on what has become the largest LGBTQ stage in the world. From standing alongside LGBTQ people during the AIDS crisis, to fighting for marriage equality, to now uplifting transgender people and issues, Judith advocates with a unique passion and an unending dedication that uplifts."

Actress Ariana DeBose, who recently won the Best Supporting Actress category at the Oscars for her performance in West Side Story, will present the prize to Light during the May 6 ceremony, which is being hosted by Peloton instructor Cody Rigby and RuPaul's Drag Race veteran Peppermint.

RELATED: The soap characters with the best names of all time

Light kicked off her acting career with the role of OLTL's Karen in 1977 and earned two consecutive Daytime Emmy Awards for Outstanding Lead Actress in a Drama Series for her work on the ABC soap. She went on to find mainstream success in the 1980s sitcom Who's the Boss. Some of her more recent credits include the Golden Globe-winning Amazon series Transparent, the Emmy-winning The Assassination of Gianni Versace: American Crime Story, STARZ horror comedy Shining Vale, HBO Max's Julia, and Ryan Murphy's series The Politician and Impeachment.

In 2019, Light was also honored with the Isabelle Stevenson Tony Award for her extensive philanthropy work, especially in fighting to end AIDS and championing LGBTQ and human rights.

What do you think about GLAAD honoring Judith Light with its Excellence in Media Award? We want to hear from you -- and there are many ways you can share your thoughts.

ONE LIFE TO LIVE
OLTL's Eddie Alderson proposes to "the love of his life"
May 5, 2022

ONE LIFE TO LIVE
OLTL's Florencia Lozano breaks hearts in drug-use film Life After You
May 2, 2022
TRENDING ON SOAP CENTRAL

ALL MY CHILDREN
Shop 'til you drop -- Chrishell Stause has a new clothing collection!
April 15, 2022

ALL MY CHILDREN
AMC's Walt Willey asks fans to "light a candle" before he undergoes surgery
April 12, 2022

ALL MY CHILDREN
Find out when you can buy AMC star Kelly Ripa's memoir, Live Wire
April 11, 2022

ALL MY CHILDREN
Kelly Ripa signs on as host of new Jimmy Kimmel game show
April 8, 2022

ALL MY CHILDREN
Congratulations to AMC's Jonathan Bennett, who has two big life moments to celebrate
April 7, 2022
ONE LIFE TO LIVE

THE BOLD AND THE BEAUTIFUL
Three soap hunks to star in tense cop drama from Youthful Daze creator
September 9, 2021

THE BOLD AND THE BEAUTIFUL
Ted King opens up about his new B&B role
July 14, 2021