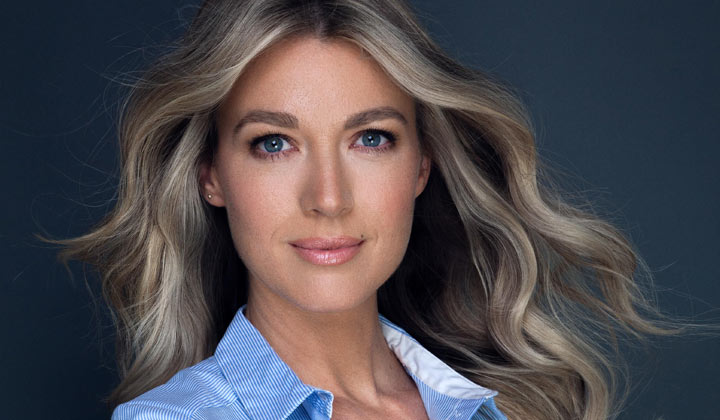 Passions fans were excited to see Natalie Zea (ex-Gwen Hotchkiss) pop up in the season one finale of The Unicorn, the CBS comedy that follows a recently widowed father who reenters the dating scene. It turns out that executives from the series were also excited, as they've decided to bring her onto the show in a recurring status.

Deadline reports that in the upcoming second season of the series, Zea will be reprising her role of Shannon, the mystery woman Wade (Walton Goggins) felt an instant connection with during a brief encounter at the end of last season. When Wade finally finds her again, he's thrilled to discover that she's every bit as intelligent, delightful, and compassionate as he knew she'd be -- but her life is much more complicated than he'd ever anticipated.

In a funny coincidence, Zea and Goggins starred together on the FX drama series Justified as well as on the network's The Shield.

Enthuses Zea on Instagram, "Over the years, @waltongogginsbonafide and I have been on 3 different shows together. On this one, we actually get to say words to each other. Couldn't be more thrilled to join this family."

Over the years, @waltongogginsbonafide and I have been on 3 different shows together. On this one, we actually get to say words to each other. Couldn't be more thrilled to join this family🦄 #TheUnicorn #Justified #TheShield

Some of the actress' other credits include Eyes, Dirty Sexy Money, Californication, The Following, and The Detour. She starred on Passions from 2000 to 2002.

How do you feel about Natalie Zea landing a heavily recurring role on The Unicorn? Do you think Shannon will end up being Wade's dream girl? How much do you miss seeing her as Passions' Gwen? We want to hear from you -- and there are many ways you can share your thoughts.

About The Actor: Learn more about McKenzie Westmore.

Who's Who: Read a biography of Sheridan Crane.

DAYS OF OUR LIVES
DAYS, Passions actress Linda Carlson has passed away
November 5, 2021

THE YOUNG AND THE RESTLESS
CBS commits to producing a pilot for Y&R' alum Justin Hartley's new TV series
January 18, 2021

DAYS OF OUR LIVES
Passions' Richard Steinmetz lands "terrific role" at DAYS
May 26, 2021

THE YOUNG AND THE RESTLESS
Y&R alums Justin Hartley and Sofia Pernas wed
May 17, 2021