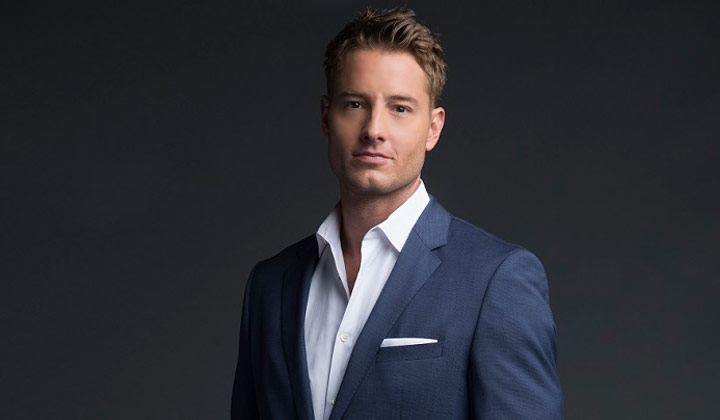 Soap alum Justin Hartley (ex-Adam Newman, The Young and the Restless; ex-Fox Crane, Passions) plays a cop-turned-murderer in the thriller A Lot of Nothing, which also stars Y'lan Noel and Cleopatra Coleman.

Former daytime star Justin Hartley (ex-Adam Newman, The Young and the Restless; ex-Fox Crane, Passions) has taken on a brave role in the upcoming film A Lot of Nothing, which is currently in production in Los Angeles.

The "dark comedy-thriller" follows actors Y'lan Noel and Cleopatra Coleman as a husband and wife who are compelled to take dangerous actions when they discover their next-door neighbor is the police officer that just murdered an unarmed motorist. The morally compromised cop, according to Deadline, will be played by Hartley.

RELATED: Baby on board for Y&R's Melissa Claire Egan!

Mo McRae, an actor/producer who is making his directorial debut with A Lot of Nothing, says, "Throughout the course of my entire life movies have had an undeniable impact on not just my POV of the world but also the way I view myself. I believe this film provides me an opportunity to present a very unique lens for people to look at themselves as individuals and society as a whole. I am excited for the chance to explore many of the themes that plague our communities and homes in a way that gives us permission to laugh at ourselves, cry, be angry, and hopefully become liberated in the process."

He continues, "Our team of talented and brave collaborators have committed their all to delivering something unapologetically unique, truthful, and bold as F*c#!"

Producer Inny Clemons adds: "Justin is delivering an unbelievably powerful performance in our film. I applaud him for his courage and commitment in taking on this role. Justin is embracing the challenge head on from day one and never flinches. I can't wait for the world to see his riveting performance."

Hartley currently plays actor Kevin Pearson on This Is Us, having previously starred as Y&R's Adam from 2014 to 2016 and Passions' Fox from 2002 to 2006. His other credits include Mistresses, Smallville, and Revenge.

What do you think about Justin Hartley taking on the role of a murdering cop in the film A Lot of Nothing? What are your thoughts on the premise of the movie? We want to hear from you -- and there are many ways you can share your thoughts.

About The Actor: Learn more about Justin Hartley.

Who's Who: Read a biography of Adam Newman.