"Fantastic" revamp of Nikki, Diane rivalry on the way, teases The Young and the Restless head writer 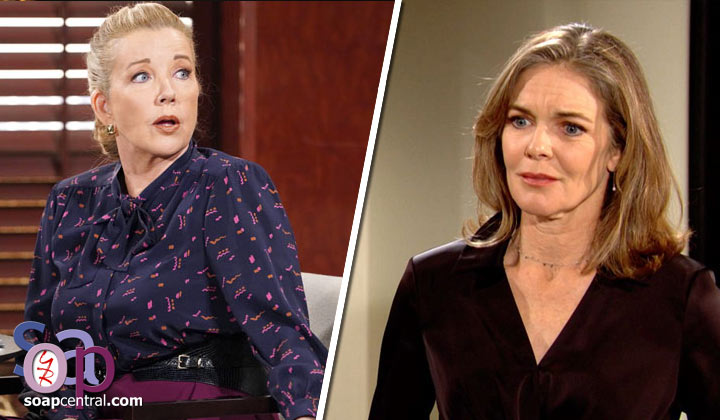 Longtime The Young and the Restless rivals Nikki (Melody Thomas Scott) and Diane (Susan Walters) will slowly head toward dangerous enemy territory again as soon as they reunite.

Diane's (Susan Walters) miraculous return from the "dead" has had quite a strong impact on several The Young and the Restless characters, but the person likely to have the most visceral reaction would arguably be Nikki (Melody Thomas Scott), who, for the last twelve years, has believed that she put the nail in Diane's coffin.

In a new interview with Soap Opera Digest, Y&R head writer Josh Griffith confirms that Nikki's head will spin next week when she comes face to face with the adversary she thought she had eliminated in self-defense back in 2010.

However, it's highly unlikely that Nikki will actually kill Victor's (Eric Braeden) ex a second time, especially anytime soon. But Griffith teases anything can happen, and he has a long-term plan in place for the women.

"We're doing a slow simmer on that side that will be building," he reveals. "We have two great players in Susan and Mel that will make this all fantastic."

Of course, Nikki won't be the only Newman who is affected by Diane's unexpected return. Griffith teases that Victor, who's been married to Diane on more than one occasion, will also be unnerved by the character's reappearance.

"Victor will have some choice words for Diane when he finds out she's alive," Griffith teases, adding, "Diane has so much history with the Abbotts and the Newmans... by adding Diane, [we thought] 'Wow, Genoa City would explode!'"

What do you think about Y&R's plans to revive the rivalry between Nikki and Diane? We want to hear from you -- and there are many ways you can share your thoughts.