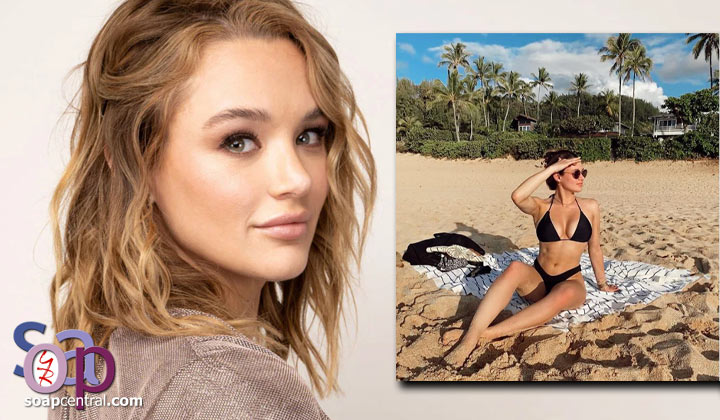 Hallmark's Summer Nights movies are coming your way, one of which stars Hunter King (ex-Summer Newman, The Young and the Restless) on a Hawaiian adventure.

Fans of The Young and the Restless are still shell-shocked by the news that the role of Summer Newman has been recast, but for those who are grieving the loss of former portrayer Hunter King, we have good news: the actress is the star of a new Hallmark film premiere this June!

Called Hidden Gems, the romantic project follows King as Addie, who loses her grandmother's ring in the waters of Hawaii while she's preparing for her sister's wedding. Addie hires dive instructor Jack (Beau Mirchoff) to search for her lost treasure. The pair immediately clash with each other when Addie insists she go on the pursuit with Jack. Once they come to an agreement, Jack ends up serving as Addie's tour guide of the island's hidden gems -- where romance is sure to bloom!

Hidden Gems is set to premiere as part of Hallmark's Summer Nights movie slate on Saturday, June 4. The network hasn't released a teaser trailer yet, but fans can catch a glimpse of King in Hawaii via an Instagram photo she posted several weeks ago with the caption, "Hunting for Mai Tais."

Soap opera fans will also want to tune in to Hallmark on the evening of Saturday, June 25, for Two Tickets to Paradise, which stars Ryan Paevey (ex-Nathan West, General Hospital) and Ashley Williams (ex-Dani Andropoulos, As the World Turns).

The romantic film follows the pair as Hannah and Josh, who have both been stood up at the altar. While shocked and devastated, they happen to meet at the park, which turns out to be the morale boost they need to commit to taking their honeymoon vacations. They realize they are going to the same honeymoon resort and keep crossing paths in tropical paradise. Seeing the futility of fighting fate, Hannah and Josh eventually join forces and help learn from one other to enjoy their vacations.

What do you think about Hunter King starring in Hallmark's Hidden Gems? What are your thoughts on the premise and casting of the film? We want to hear from you -- and there are many ways you can share your thoughts.

News Archive: Stars open up about their most life-changing moments [May 6, 2015]

About The Actor: Learn more about Hunter King.

Who's Who: Read a biography of Summer Newman.