Blackmailed Brooke Logan with knowledge of her baby's father [2002]

Lied about the identity of his cousin, Agnes Jones [2009]

Whipple Jones III, who became a public relations wizard at design house Forrester Creations, was the son of Whipple Jones, Jr. and Joy Jones. As promotions manager, "Whip," as he was known, had a heretofore-unknown working relationship with Forrester CEO Brooke Logan. When Brooke named her son-in-law, Deacon Sharpe, as head of promotions, Whip felt resentful for being passed over. However, during a press conference, Forrester co-founder Stephanie Forrester announced to the fashion press that Brooke was several months pregnant; when the humiliated Brooke wouldn't name the father, Whip stepped in and took responsibility.

Whip later found out that Brooke was pregnant by Deacon, with Deacon's wife -- Brooke's daughter, Bridget Forrester -- none the wiser. Whip initially used the info to demand a car, a raise, a house, and a yacht for his silence, but eventually Whip genuinely fell for Brooke and failed repeatedly trying to seduce her. When Brooke moved to Paris to distance herself from Deacon, Whip flew overseas with her, but Deacon followed. Whip and Deacon postured over Brooke; Whip was knocked out by Deacon, who snuck off to have sex with Brooke, and Whip got his revenge later by hitting Deacon over the head with a lamp. Whip put the unconscious Deacon on a plane back to Los Angeles and finally talked Brooke into marrying him to save face with her family and the public.

Whip knew Brooke was spending their marriage pining for Deacon and even donned lingerie in an attempt to get her to make love. But when Bridget found out about Brooke's affair with Deacon, Whip knew there was no point to continuing the ruse of being married; after trying to broker peace between Bridget and Brooke, Whip had his marriage annulled and transferred to Forrester International.

Seven years later, Whip needed a change and returned to L.A., sending a résumé to Forrester competitor Jackie M. Whip was hired by Stephanie, who had defected from Forrester; at Stephanie's behest, Whip tried to reconnect with Brooke, but failed. Whip capitalized on owner Jackie M's May-December marriage to Owen Knight by having them model for the racy Indulge line, during which Jackie was cornered by a live cougar. Whip was intrigued by Jackie, who kissed him after seeing Owen shrug off their marriage on a live television interview; the culprit was really Owen's twin brother, Casper Knight. Later, Whip and the Jackie M team rallied around Stephanie when she suffered a mini-stroke.

Whip barely recognized his cousin, Agnes Jones, who was living incognito as Sandy Sommers after a vicious rape. Whip kept quiet about Agnes' identity when "Sandy" was hired to be a surrogate for Jackie's son, Nick Marone, and his wife Bridget. Later, Whip tried Internet dating and met Taylor Hayes, whose ex-husband was Ridge Forrester, the love of Brooke Logan's life. When Taylor resisted getting involved with another of Brooke's exes, Whip turned on the charm and wore Taylor down, entering into a sweet romance with her. Whip had country singer Beau Davidson serenade Taylor at their wedding.

Whip hired former Forrester designer Amber Moore for Jackie M, then had doubts about her abilities. Later, Whip lent his expertise to Taylor's son, Thomas Forrester, suggesting he pull a publicity stunt to bring attention to his work on the Forrester mens' line. But when that stunt included Thomas kissing his stepmother, Brooke, Whip faced the wrath of a furious Taylor. More cracks formed in Whip and Taylor's marriage when Taylor couldn't let go of her feelings for Ridge; after Taylor called Whip "Ridge" while making love, Whip confronted Ridge, then arranged for Brooke and Thomas to be caught in a dressing room during a fashion show and posted a photo of them online.

Whip comforted Taylor when Thomas and Brooke went missing in a plane crash; Whip became concerned when Taylor came on to him thinking he was Ridge, then passed out from eating hallucinogenic berries Thomas had brought back from a deserted island. After Taylor confessed that she was still in love with Ridge, Whip removed his wedding ring and divorced Taylor. A heartbroken Whip was last seen commiserating with his lovelorn cousin Oliver Jones and working on a campaign for Jackie M; he hasn't been mentioned since.

Who's Who in Los Angeles

About The Actor: Learn more about Rick Hearst.

More Profiles: Read up on dozens of other past and present B&B characters.

THE BOLD AND THE BEAUTIFUL
B&B RECAPS: What you missed the Week of January 23, 2023

THE BOLD AND THE BEAUTIFUL
Where is Flo? She's "out there" somewhere, according to B&B boss Brad Bell
January 8, 2023

THE BOLD AND THE BEAUTIFUL
Is Sheila in an official love triangle? Does she have more mojo with Bill or Deacon?

SOAP CENTRAL
YEAR IN REVIEW: Soap Central's guide to the best, worst, hits, misses, and everything else in 2022
December 31, 2022

THE BOLD AND THE BEAUTIFUL
B&B exec talks Steffy and Thomas' preoccupation with their parents love life and more
December 4, 2022

THE BOLD AND THE BEAUTIFUL
The Bold and Beautiful's Denise Richards and husband Aaron Phyers involved in terrifying road rage incident
November 18, 2022

THE BOLD AND THE BEAUTIFUL
It's no dream: Patrick Duffy to reprise role as B&B's Stephen Logan
October 24, 2022

THE BOLD AND THE BEAUTIFUL
Big Brother 24 houseguests to appear on upcoming episode of The Bold and the Beautiful
October 6, 2022
TRENDING ON SOAP CENTRAL

THE YOUNG AND THE RESTLESS
VIDEO: Y&R honors Tracey Bregman with an Emmy to replace hers that was destroyed in a fire
January 24, 2023

THE YOUNG AND THE RESTLESS
Is Y&R preparing to celebrate its 50th anniversary by killing off [SPOILER]?
January 15, 2023

THE YOUNG AND THE RESTLESS
Y&R alum Shemar Moore reveals he's about to be a first-time dad
January 9, 2023

THE BOLD AND THE BEAUTIFUL
Where is Flo? She's "out there" somewhere, according to B&B boss Brad Bell
January 8, 2023

DAYS OF OUR LIVES
OUT: DAYS alum Lisa Rinna opts out of Bravo's Real Housewives of Beverly Hills
January 8, 2023

THE BOLD AND THE BEAUTIFUL
LAST WEEK ON B&B: Bill asked if Katie would return to him if Sheila was in prison. After a bad review for Hope's line, Thomas offered to save the line with his designs. Deacon bought Il Giardino.

THE BOLD AND THE BEAUTIFUL
B&B TUESDAY TEASER! Sheila drops a whopper of a confession

THE BOLD AND THE BEAUTIFUL
Where is B&B's Flo Fulton? B&B exec Brad Bell has an answer
January 8, 2023

THE BOLD AND THE BEAUTIFUL
B&B TWO SCOOPS: The emperor has no line: Three must-dos for Thomas' readmission to Forrester

THE BOLD AND THE BEAUTIFUL
Brad Bell explains why he had to "whack the beehive" with the Brooke, Ridge, and Taylor storyline
December 4, 2022

DAYS OF OUR LIVES
LAST WEEK ON DAYS: Marlena died and was greeted in the afterlife by the devil, disguised as Susan. Gabi thwarted Stefan's plan to drug E.J. when she kidnapped Stefan. Nicole drank E.J.'s drugged drink.

DAYS OF OUR LIVES
DAYS TUESDAY TEASER! Alex attempts to smooth things over with Stephanie

DAYS OF OUR LIVES
DAYS TWO SCOOPS: Give heaven some hell

DAYS OF OUR LIVES
Tamara Braun wraps up run on Days of our Lives
December 20, 2022

DAYS OF OUR LIVES
Lamon Archey reprises role of Eli Grant for Days of our Lives holiday return
December 18, 2022

DAYS OF OUR LIVES
Million Dollar Listing star Josh Flagg to appear on Days of our Lives
December 8, 2022

DAYS OF OUR LIVES
Peter Reckell, Kristian Alfonso, and Victoria Konefal returning to Days of our Livess
November 12, 2022

DAYS OF OUR LIVES
Make room for Kristen! The DiMera bad girl moves in with Brady Black
October 25, 2022
GENERAL HOSPITAL 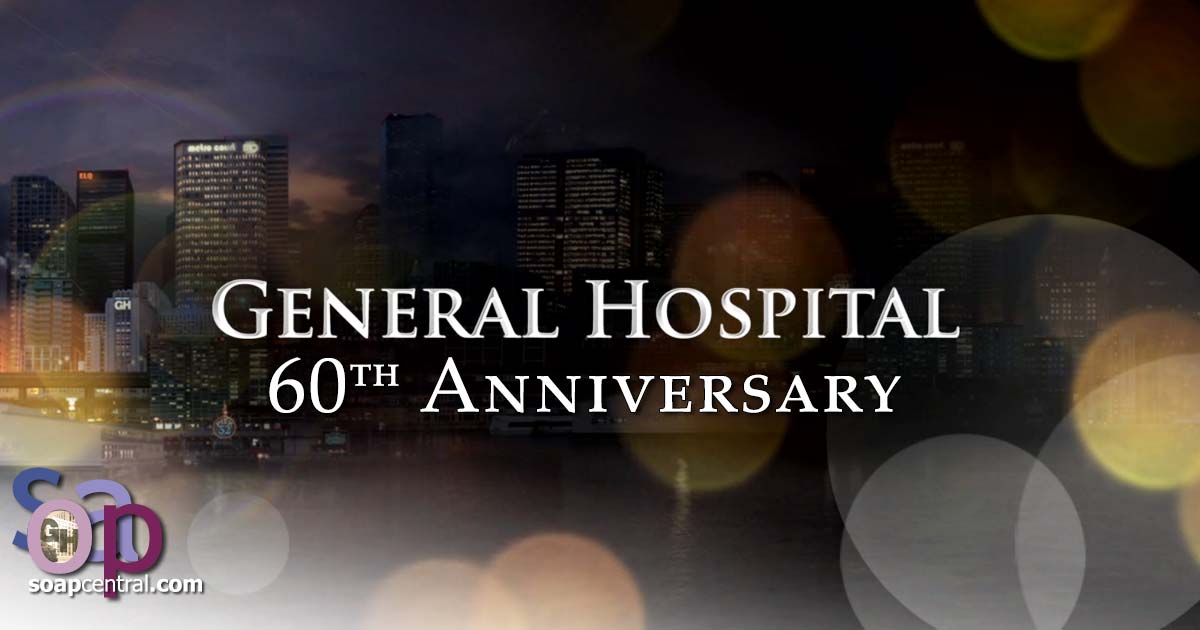 GENERAL HOSPITAL
LAST WEEK ON GH: Nina was not a match for Willow. Valentin and Anna rescued Lucy. Trina learned about Spencer's plans for Esme's baby. Cameron found Josslyn and Dex together.

GENERAL HOSPITAL
Robin Mattson reveals why she didn't return as GH's Heather
December 31, 1969
THE YOUNG AND THE RESTLESS 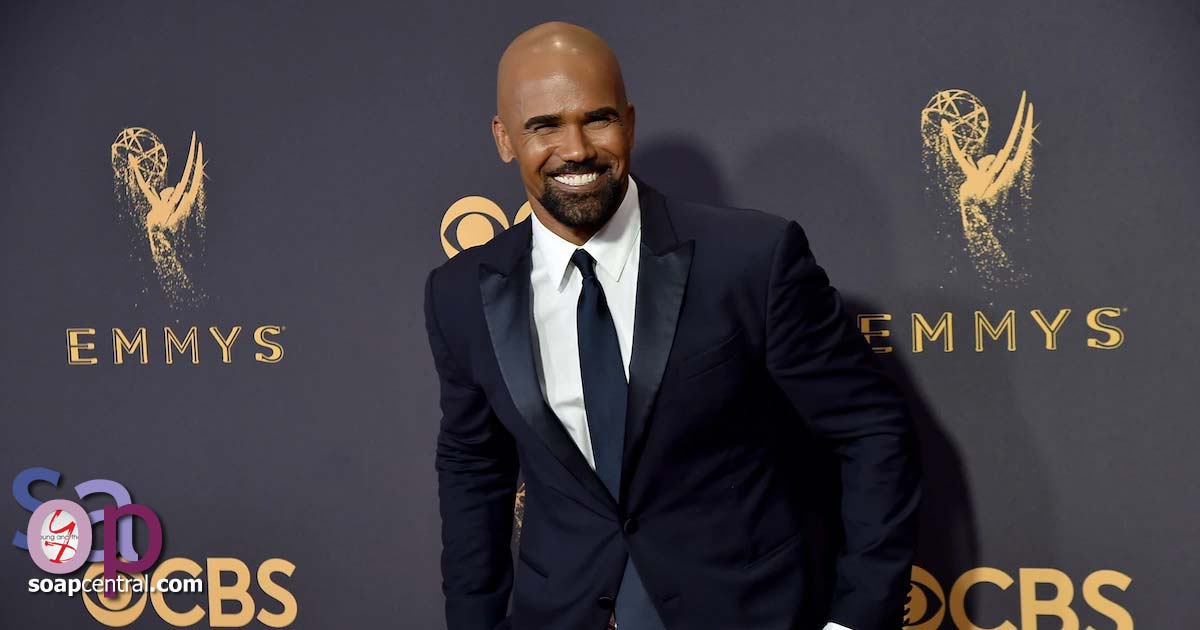 THE YOUNG AND THE RESTLESS
LAST WEEK ON Y&R: Devon threatened to take Jill and Lily to court. Victor sabotaged Sally's meeting with Jill. Fen returned to town with his boyfriend, Trey, to attend a ceremony honoring Lauren.

THE YOUNG AND THE RESTLESS
Y&R TUESDAY TEASER! Victor puts a target on Tucker's back

THE YOUNG AND THE RESTLESS
Y&R TWO SCOOPS: Truth or Consequences

THE YOUNG AND THE RESTLESS
Y&R's Michael Mealor on life-changing moment: Everything begins now
December 22, 2022