Rex had Lucy fitted for the perfect dress for their upcoming engagement party. Lucy got a copy of the guest list for the party and tried to question Rex about his associations with the people on the list. Eve arrived and Lucy asked her to be her Maid of Honor at the wedding. Rex left Eve and Lucy alone and they were aware that their every move was being monitored on Rex's surveillance system. Lucy then managed to secretly slip the guest list into Eve's pocket. Later, Eve met with Scott and gave him the copy of the guest list for Lucy's engagement party. Scott told Conklin that he wanted a sketch artist to draw the man from Serena's dream. Agent Boynton, the man from Serena's dream, walked in and heard Scott telling Conklin that Serena could identify the man who had kidnapped her. Later, Agent Boynton went to Rex and said that Serena would have to be killed. Joe lost his temper was a drunk man arrived at the hospital to visit his child. Joe ended up arguing with the man and with Karen. Later, Joe and Karen made up, but Ellen strongly recommended that Joe start counseling sessions with Kevin. Alice was discharged from the hospital and she and Ellen made tentative plans to see each other.

At the hospital, Scott told Eve and Kevin that his private investigator had located a woman who could identify the man in the photograph with Rex. Scott met with the woman, who had been a nurse at Oakwood Hospital while Rex was a patient there. The woman then told Scott that the man in the photo with Rex was the son of a woman who also worked at Oakwood. Meanwhile, Boynton went to Rex and said that Serena would have to be killed. Rex refused to harm Serena and Boynton then made it clear that he would implicate Rex in the kidnapping should any trouble come his way. Boynton then manufactured a death threat against Serena and went to speak with Conklin. Conklin decided to move Serena to a safe house and Boynton canceled the sketch artist who was going to sketch the man from Serena's dream. Conklin arrived at Lee and Gail's and told Gail that he was taking Serena to a safe house. Gail called Scott and told him about this latest development but by the time Scott arrived at Gail's, Serena was already gone. Kevin was shocked when he received an invitation to Lucy and Rex's engagement party. Disguised as a repairman, Kevin then went to Lucy's room to confront her about the party. Kevin and Lucy argued, but Lucy defended her actions. In the end, Kevin and Lucy made up. Ellen talked to Matt about how to deal with a patient with a serious spinal cord injury. Later, Ellen discussed the possible outcomes of the surgery with the young patient, who became hostile. Matt told Chris about the skiing accident that had left him paralyzed. Later, Chris remembered back to all the times Matt had been reluctant to talk about his past.

At the coffeehouse, Devon spilled his drink. Kay approached him and asked if he needed a hand. Devon said he was just clumsy. Kay offered to help Devon if he ever needed a hand.

Agent Boynton set a trap to kill Serena at the safe house. Rex, however, discovered the trap and confronted Boynton. Rex and Boynton struggled and Boynton's gun went off, killing him. Rex then returned home to Lucy unscathed and told her he had been tending to a business matter. Conklin heard the gunshot inside the safe house and took Serena and Gail to another destination. Scott arrived at the safe house and found Boynton's body. The police then entered and saw Scott standing near Boynton's corpse. Mary went to the hospital in need of stitches after falling and hitting her head. While there, Mary learned about Joe's playing hooky to spend the day with Karen. Karen treated Mary's wound and Mary was cold towards her. Mary then told Joe that she knew about his relationship with Karen and didn't think that Karen was a good influence on her son. Joe learned that Lark's carelessness had caused Mary's accident and he yelled at Lark. Eve thought that Joe was overreacting and defended Lark. Keith, the teenager with the spinal cord injury, learned that he would paralyzed as a result of his accident. Matt and Ellen then tried to counsel Keith.

Scotty is arrested for the murder of Agent Boynton. At the Scanlon house, Lark takes some heat for moving the rug that caused Mary's fall. Joe and Karen spend another night together at her place. Arriving for work in the morning, a giggling Karen cautions her lover not to let the hospital rumor mill know they've escalated their relationship yet again. Mary complains to Frank about his brother neglecting his career in order to romance Karen. Meanwhile, Joe explains to Karen why his mother was so cold to her the other day. Though Keith continues to insist that he will walk again, Matt advises the unhappy boy to concentrate instead on all the other things he'll be able to do one day. Conklin brought Serena and Gail to a police sketch artist, who asks the girl to describe the man she saw in her dream. As Matt winces in pain following a small tussle with Keith, a concerned Ellen urges the intern to have an X-ray taken of his back. Julie and Karen get two different versions of life in the Scanlon household from Frank and Joe. Rex secretly removes some incriminating evidence from Boynton's apartment. At the precinct house, Scotty looks at the sketch artist's finished product and is startled to recognize the face of Boynton.

Kevin complains to Eve about how much Lucy is enjoying playing spy while she prepares for a wedding that should never take place. Though Scotty insists that the FBI investigate Boynton's possible connection to Rex, Conklin angrily refutes the theory that his late partner could have been involved in Serena's kidnapping. Meanwhile, Rex feeds Boynton's private papers into the fire. Lucy interrupts and salvages one of the photos, claiming she'd like a memento of her fiancé's mysterious past, but Rex manages to retrieve the picture and burn the last shred of evidence. Ellen orders Matt to get his back X-rayed but agrees to keep the results confidential. Karen is taken aback by another display of rage from Joe. Later, Ellen threatens to terminate Joe's internship if he doesn't make an appointment to speak with Kevin about his problem controlling his temper. When a maid at the motel verifies that Scotty arrived on the scene after the gunshots rang out, Conklin reluctantly releases his prime suspect from custody. Later, the FBI agent is astonished to see Scotty's proof that Boynton and Stanton knew each other since boyhood. Chris decides to sneak a peek at Matt's medical records. Scotty's friends and family return to the courthouse for the reading of the verdict. Enraged to hear himself pronounced guilty of kidnapping his own daughter, Scotty attacks Rex and has to be forcibly restrained by the guards.

SOAP CENTRAL
The 10 most horrific soap opera serial killers: Which PC character made the cut?
October 13, 2021

DAYS OF OUR LIVES
Scary moments for Days of our Lives star Greg Vaughan
January 27, 2023

THE BOLD AND THE BEAUTIFUL
B&B TWO SCOOPS: The emperor has no line: Three must-dos for Thomas' readmission to Forrester

THE BOLD AND THE BEAUTIFUL
B&B SPOILER ALERT! Sheila confronts Taylor about their past, present, and future

THE BOLD AND THE BEAUTIFUL
Where is B&B's Flo Fulton? B&B exec Brad Bell has an answer
January 8, 2023

THE BOLD AND THE BEAUTIFUL
Brad Bell explains why he had to "whack the beehive" with the Brooke, Ridge, and Taylor storyline
December 4, 2022 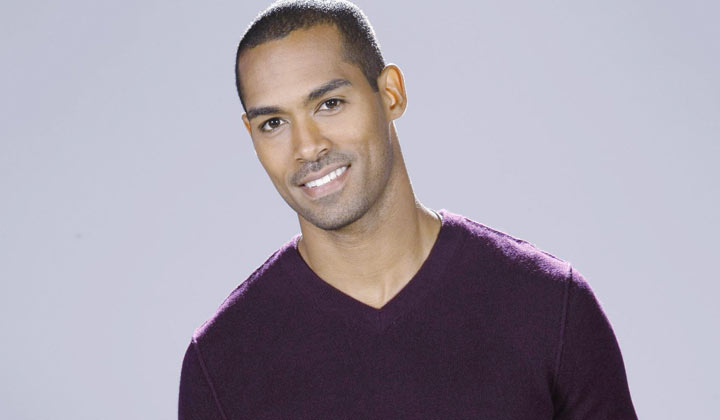 DAYS OF OUR LIVES
Scary moments for Days of our Lives star Greg Vaughan
January 27, 2023

DAYS OF OUR LIVES
DAYS TWO SCOOPS: Give heaven some hell

DAYS OF OUR LIVES
Tamara Braun wraps up run on Days of our Lives
December 20, 2022

DAYS OF OUR LIVES
Lamon Archey reprises role of Eli Grant for Days of our Lives holiday return
December 18, 2022

DAYS OF OUR LIVES
Million Dollar Listing star Josh Flagg to appear on Days of our Lives
December 8, 2022

DAYS OF OUR LIVES
Peter Reckell, Kristian Alfonso, and Victoria Konefal returning to Days of our Livess
November 12, 2022
GENERAL HOSPITAL 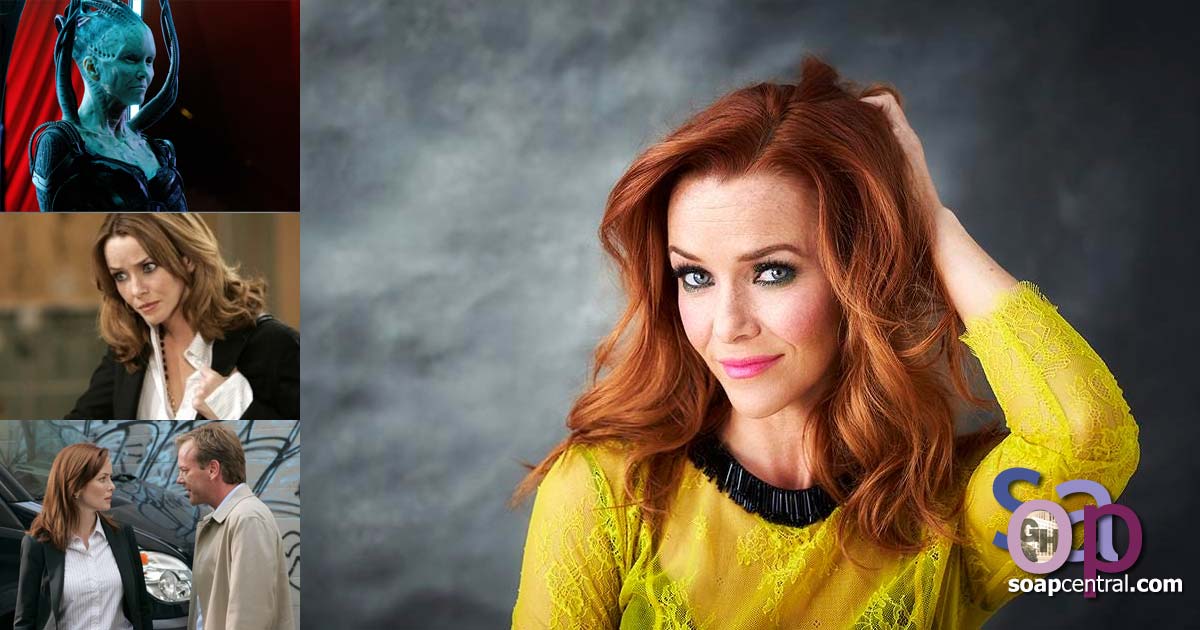 THE YOUNG AND THE RESTLESS
Y&R TWO SCOOPS: Truth or Consequences

THE YOUNG AND THE RESTLESS
Y&R's Michael Mealor on life-changing moment: Everything begins now
December 22, 2022